In the early 1700’s, the area that is now Jefferson County was Indian Territory. In 1748 Lord Fairfax, who held the land known as the Northern Neck of Virginia by royal grant, sent surveyors to map his holdings in the area. One surveyor, a 16 year old named George Washington, fell in love with the area. He saved his earnings and purchased land along Bullskin Run, a few miles from what is now Charles Town, West Virginia. He told his brothers of this place and they also bought land. Brothers Lawrence, Samuel and Charles all owned substantial acreage here. The Bullskin and its headwaters were the part of the original land purchase by George Washington in 1748 as an early investor land/speculator and farmer 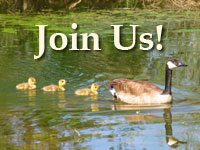 Help us make a difference! We invite you to support the preservation and heritage of this unique natural resource by becoming a member of the Friends of the Bullskin.
Join Today!

We're currently offline. Send us an email and we'll get back to you, asap.

Help us make a difference! Join Us!